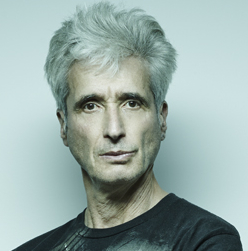 My story is one of good fortune, struggle and perseverance. Born in North America to a family who had fled the pogroms of Eastern Europe and settled in Chicago, the expectation was for me to grow up to be a businessman, doctor or lawyer, but my destiny lay elsewhere.

My mother’s beautiful hands, with crimson fingernails clicking faintly on the keyboard of our Wurlitzer baby grand piano, playing “The Anniversary Song” as I sat on her lap was my first musical magic moment. By the age of five I was totally into the four-handed boogie/blues sessions with my uncles, one a corporate lawyer, the other a businessman, two fabulous blues/jazz pianists eager to share their enthusiasm with me. I could have absorbed the importance of their positions and tried to emulate that, instead I fell in love with music. Because of this obvious attraction my parents signed me up for piano lessons, but, being a kid who needed to move, baseball, basketball and football always took precedence. With or without lessons I always liked to write my own songs on the piano but, when I received a guitar at the age of twelve, I discovered the fun of writing lyrics as well. 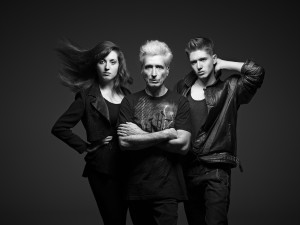 My professional career started with a teenage rock band, “The Tools”, playing covers and my original material at schools, parties and clubs. This morphed into Michael and Lee, a duo of myself and the bass player, we recorded a single, “It’s You I’m Thinking Of”, for Earic Records, a subsidiary of Chess. It was great fun to be sitting at school, plugged into my transistor radio, waiting to hear it played on WLS, the biggest rock station in Chicago, where it was often the most requested song of the night due to the repeated telephone calls from everybody in my high school.

I went on to study music at The Chicago Musical College, part of Roosevelt University. My girlfriend, attending NYU, helped set up an audition with Paul Rothchild, the producer of The Doors. Paul liked what he heard, offered to produce me as a solo artist or as part of a new super group Elektra Records was putting together. I chose the band believing that, working within a community of like-minded artists, I could be part of something bigger than me as an individual. I eventually found myself in Laurel Canyon, in Paul Rothchild’s living room with about twelve other musicians, passing around a guitar and playing original songs for each other. It was all new and exciting for a teenager from the Midwest. This group later became known as “Rhinoceros”. 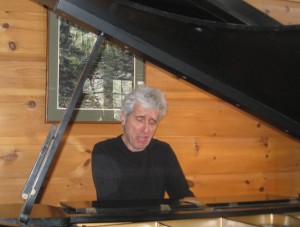 I learned a lot from the other musicians and the whole experience, but, to my profound disappointment, my finest, most original work did not fit the musical pigeonhole created by the record company. After two years, disillusioned, I retreated to Northern California, playing bars for $15 a night along with all the beer I could drink. I eventually recorded a solo album for Shelter Records, produced by Denny Cordell, put together a terrific backup group and did some touring with Leon Russell. Once again, the record company let me down. This time my disillusionment was compounded by the failure of my marriage and separation from my young son.

It seemed to me that I had no place in the music industry. Refusing all offers, whether from producers, management or other bands, I played endless bars, moving my upright piano in the back of a pickup truck. Although this time was difficult in many ways, I never lost the joy of writing music and performing. If anything, it gave me the time to explore genres, instruments and techniques, increasing my depth of expression. I consider myself fortunate in having been able to discover my own voice in music and in life. 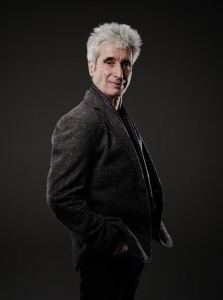 I have moved to the beat of a different drummer and in the past few years discovered a growing community of fans who want more of my music. I have also found my muse in my soul mate, Robin, as well as other invaluable writing partners, with whom I share vision, humor and the poetry of life. Two of my children, Eli and Hannah, are exceptional musicians and we are privileged to be able to perform occasionally as a family. One of the benefits of leading a non- traditional career is the intimacy I continue to develop with my devoted fans. Connections may start on stage in a venue pounding with the visceral beat of blues or in the stillness of a quiet moment when folk music stories are the main event. Other times, I am proud to help children find ways of expressing themselves musically by doing workshops in schools. It’s all the Alan Gerber experience.

My mission has always been to move people, through music and words, to feel and think. I believe art should be meaningful. My vision is to continuously reach deep into the fullest spectrum of emotions I can experience and never be satisfied with what I’ve done in the past. By doing this, my art will be expressed not just intellectually but physically in every performance I give. Even as I seek to give through my music, I will keep it in balance with my goals to live a healthy life holding community and family at the core of who I am. It is in balancing my vision for art with the grounding that comes from real life that I am at my best.