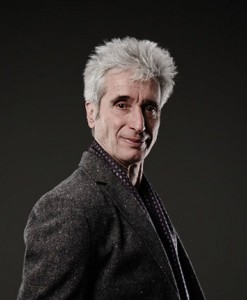 It’s coming up soon and I am psyched! And don’t forget, Sunday, March 20, Tinley Park at the Harald Viking Lodge!

It would be like a mini reunion to have my old Niles East, North & West alumni together at the Skokie Theatre. I just spoke to the management and they will give $5 off every ticket with the code, Niles 65, until midnight, March 1st. Tickets can be purchased online at skokietheatre.org or by telephone: 847 677 7761. I hope you can make it!
Skokie Theatre
Singer, songwriter and musician Alan Gerber returns to his Skokie roots with an appearance at The Skokie Theater, 7924 Lincoln, Skokie, IL 60077 on Saturday, March 19, 2016 at 8:00PM with his show, Alan Gerber: Coming Home. Gerber, now a resident of Val David, Quebec, Canada has spent much of the past 25 years touring in Canada and throughout Europe. Gerber’s appearances and recording reflect his wide music range from R&B, rock and jazz and showcase him playing a variety of musical instruments including piano, guitar, slide guitar, accordion and violin. Audiences have cheered in venues as diverse as small-town clubs to the Montreal Jazz Festival.
Gerber, a regular performer at Chicago’s now-storied Lettuce Entertain You owned Byfield’s nightclub in the Ambassador East Hotel in the 1980’s, was born in Skokie, attended Niles East High School and lived in the Chicago area until 1967 when he hit the road touring and recording with his legendary Elektra Records group, “Rhinoceros”.

Where energy, intellect and an unbridled passion for life intersect, there you’ll find the music of Alan Gerber. Possessing a rock ‘n roll swagger born from years in the musical trenches tempered by a soulful poet’s heart, Gerber has won a devoted legion of fans drawn to his cleverly crafted lyrics and engaging live performances. “I’m really into the physicality of music, of rock ‘n roll and R&B,” Gerber says, “but I’m also really into poetry and intelligent lyrics, talking about something that is important to me and hopefully other people. My songs are stories about life.”