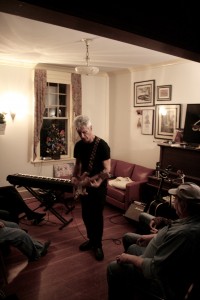 I would like to thank everyone at Home Routes for making this possible. You are the best thing that has happened for Canadian music in a long time! 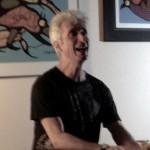 Alan rocked our home last night with an intense energy that far surpassed any expectations we had as we took our seats in preparation for the show. Smiles wereplastered onto our faces from the first song onward! Our toes continued tapping and jubilant hoots rose up from the crowd! Our spirits remain lifted today. Alan reminds me of the “why” we are involved with Home Routes/Chemin Chez Nous. This is good medicine for our collective Jasper souls. We LOVED every minute! 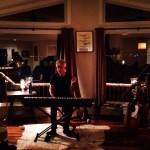 House Concert @ The Fausak’s
“We had a memorable evening with Alan Gerber-very fortunate to have this amazing talent in our home!!” 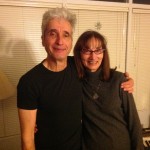 Edmonton, Alberta
“The irresistible music of Alan Gerber won the hearts of a full house. What a rare and wonderful evening. We look forward to welcoming him back to Edmonton soon.” 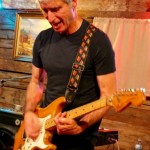 “Even when Alan Gerber performs solo, which is usually the case, he comes across as a one-man band. In attempting to describe his energetic and soulful performances, adjectives such as charming, quirky, riveting, exhilarating, eclectic, and humorous come to mind. He invariably grabs an audience’s attention and doesn’t loosen the grip until he has played the last note of the show.” 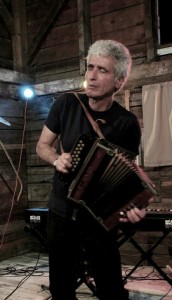 “The synergy of Alan Gerber is a complex concoction difficult to explain.  Without question Alan is greater than the sum of his parts, and when combined and on display for a mesmerized and awestruck audience, you can fully understand Alan Gerber in the  flesh!

Alan is a seasoned pro, a master-class of how to take years of honing your craft and a million plus miles of live performances to reach this level.

Within the first 30 seconds of a live Alan Gerber show the audience is hooked, completely!.  As a songwriter, storyteller, musician, performer and personality, it is a marvel of engineering, the perfect storm.  Alan has produced an impressive catalog of musical gems which I encourage you to acquire but I beg you to experience a live performance….then you will know the synergy of Alan Gerber!”

Northwest (Territories) Is The Best

With the McKenzie River delta and the far-off Richardson mountains as his backdrop, Alan Gerber delivered an evening of musical delights to the house concert guests in Inuvik. Hands clapping, toes tapping,  smiles broadening – the fun of boogie-woogie, the soul of rock n’roll and the sentiment of sweet lyrics were enjoyed that evening. And Alan became one of us as he invited us to sing along (which of course we did enthusiastically),  laughed and cajoled with us at the break and jammed with local musicians Louie Goose and James Rogers after the show.

In thinking of the evening it seems pretty simple – pure pleasure. Not only the wonderful music, but the warm personality of Alan Gerber created an evening which will be remembered.

“In the small humble fly-in community of Old Crow Yukon we experienced a rarity on the evening of April 14th. We were reminded of the great celestial cycles we belong to through a Lunar eclipse as a copper moon hung powerfully in the sky. If this were not special enough the energy was exponentially compounded as Alan Gerber’s performance in our little community reminded us of the greater rhythms of life that we belong to. These two rarities came together promising an event to remember which none will forget any time soon. Alan’s performance and energy was like a great current pulling you into a deeper body of blues under marbled skies of funk. Words drop dead across blank pages trying to capture just what happened that evening 80 miles north of the Arctic Circle, in the last expanses of the Yukon Territory.

Alan flung his body from behind the piano, down aisles, and even up on chairs, as if the god of rock himself had had Alan’s appendages on strings as his marionette. From electric slide to fiddle Alan seamlessly crafted his art, taking our evening and shaping it into a mind altering piece, before blowing it up completely leaving the crowd wondering what kind of force of nature had we just experienced? Elders clapping to kids singing, we gorged from the coffers of musical genius and enjoyed a feast of a performance presented, not even realizing we were starving until Alan showed us.

These events don’t come often, but when they do they can change your point of view, and they have the potential to remind you, “Hey you… we are alive!”

Mahsi-cho Alan for channeling the great energies of music and performance, for shaking things up, demolishing walls, and for showing us the landscapes of rhythym that lie in our souls as we traverse the northern sceneries we are accustomed to.”

“Simply superb, We’ll do whatever it takes to get him back. The house concert was riveting, Alan’s eyes, lyrics and smiles connected with the audience like no other.”

“A dynamic and captivating performance, appropriate for all ages!”

“Alan Gerber was high energy, very entertaining. He sure knows how to belt out a tune!”

“If you have never been on a musical journey, you must hear Alan. His music will take you all kinds of places. Alan is a must see and hear at some point in your life.”

“With high energy, diversity and poetic lyrics he captured the audience, brought them along right into his soul.”

Alan Knocks The Socks Off Atlin

Oh ya, they were knocked off at the Alan Gerber show last night!

From the moment of his sound-check to the final encore Alan Gerber captivates his audience with his humor his energy and his huge talent.

If you ever find yourself lucky enough to be going to see Alan Gerber perform, remember to bring an extra pair of socks!”

Alan Rocks Whitehorse in the Yukon

“Alan rocked the house, we were stomping our feet and singing as Alan moved from piano to guitar to football held fiddle. And to his classic ’69 Stratocaster electric guitar. it felt like our Yukon home had turned into a mountainside Chicago blues hall.”