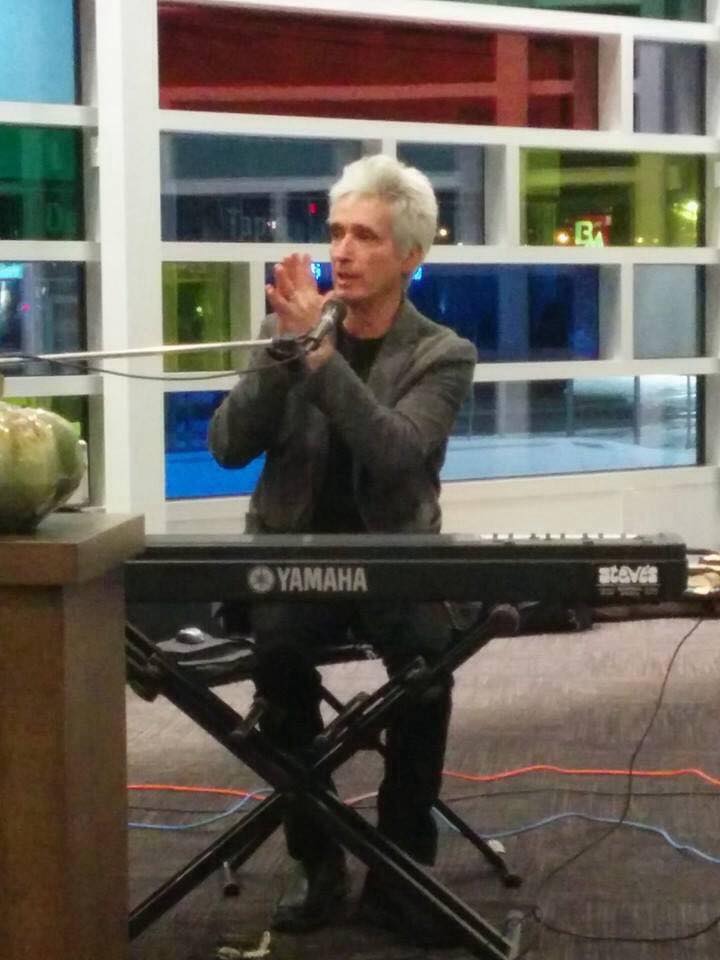 About 22 years ago I was playing in this terrific club located in my home town, (a story for another time) when this guitarist jumped on stage, grabbed my cherished ’53 Epiphone guitar and started jamming along with me. This is not something I take kindly to, he had asked, I said no, he did it anyway and was totally amazing. We became fast friends, performing & recording together. We co-produced many recording projects and on stage it felt like we shared the same brain.
One month ago he was diagnosed with lung cancer and on Monday, December 1st, in the operating room his heart stopped and he died. He was a hard living guy with a heart of gold, a dear friend and a highly valued musical partner. He was one of the world’s greatest unknown guitar players. His passing leaves a big hole in my life. The last time we played together was during the recording of the promotional video for the new CD, “The Grand And The Small”, he was the band leader playing bass and having a ball. Here I am playing at his funeral service. He will be sorely missed!