This has been a great summer filled with shows in Alberta, Yukon, Quebec, Ontario, Vancouver, Washington and ending with one in Omaha, Nebraska, where I had the chance to play with my daughter, Hannah and son, Eli.
Here is a photo of my friend, Holger Petersen and myself after doing an interview, aired on CBC Saturday Night Blues, August 27. 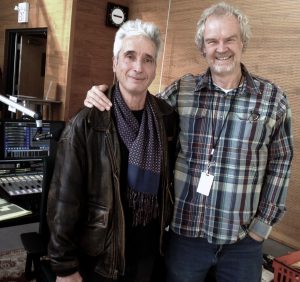